Earlier this month, U.S. Trade Representative Katherine Tai gave a speech that laid out the Biden administration’s “New Approach to the U.S.-China Trade Relationship.” The speech was almost 10 months in the making and followed a comprehensive review of the relationship, including tariffs implemented by the Trump administration under Section 301 of the Trade Act of 1974. The business community had been waiting for this announcement, but the highly anticipated speech provided only a high-level overview of what the administration plans to pursue in its “new” relationship with China.

Stay up to date with the latest retail trade agreements and insights both internationally and domestically.

In her speech, Tai outlined the initial steps her office and the administration plan to take to re-align trade policies toward China. These include:

NRF believes the tariffs, which cover more than $350 billion worth of goods from China, continue to harm importers both large and small and, ultimately, consumers. We were disappointed to hear that they will remain in place, and NRF Senior Vice President for Government Relations David French said in a statement released after Tai’s speech that American businesses across the country “continue to be severely impacted” by the tariffs.

NRF recently joined an amicus brief in a lawsuit against the List 3 and List 4 rounds of tariffs that were the last to take effect before the Phase One agreement was reached. We also continue to help lead the Americans for Free Trade coalition, which was established to educate elected officials, the news media and others about the harm of the tariffs to all sectors of the economy.

While we agree that China has not lived up to its trade commitments, especially those on forced technology transfers and intellectual property protection, the tariffs have not resulted in a change in China’s policies. Tariffs are taxes paid by U.S. importers, not foreign companies or foreign governments. Those taxes mean higher costs for importers and are ultimately passed along to consumers in the form of higher prices. U.S. Customs and Border Protection has collected an estimated $108 billion from U.S. importers as a result of the tariffs, and economic research clearly shows the tariffs are paid by U.S. interests.

The go-it-alone approach advocated by the previous administration has not worked. In order to address trade challenges with China, the United States needs to work with its allies, who all share the same concerns. We certainly applaud the work Tai has done to diffuse trade tensions with key U.S. allies including the European Union. But we strongly encourage her to use other tools and not rely solely on tariffs, which have proven to be ineffective.

As part of a new China policy, Tai said she wants to take a “worker-centered” approach to ensure that everyone has a seat at the table in developing trade policy. As this new policy is developed, it is important that she considers the importance of imports and import-related jobs. According to recent research, imports support more than 21 million U.S. jobs across the country. These important jobs need to be included in the discussion of a “worker-centered” trade policy. 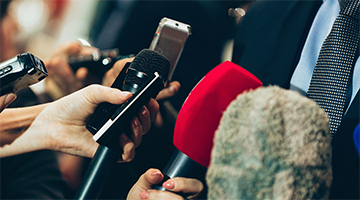 Ports care catching up with the backlog of cargo over the past several months but could see another surge this summer.
Read more
Retail Trade Issues: April 2022